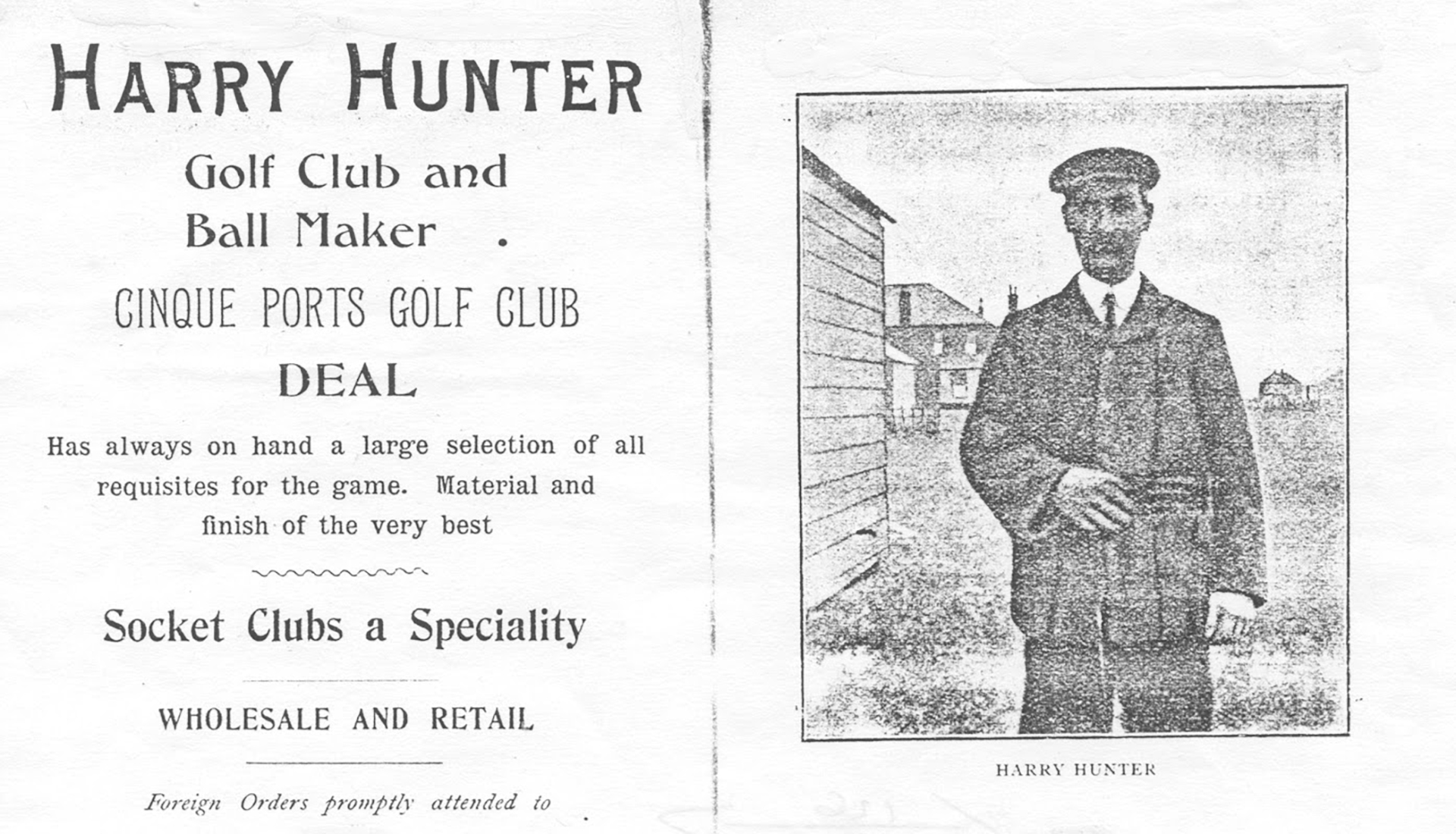 Henry McGregor Hunter, known better as Harry, was born in April 1860 in Edinburgh. He later moved south to Sandwich, Kent, where he became assistant to his brother Ramsay Hunter, greenkeeper at St George’s. In 1889 he was professional at Ashdown Forest Golf Club, before he moved to Cinque Ports Golf Club as its first greenkeeper in early 1892.

Assisted by his brother, Harry was ultimately responsible for the detailed design and construction of the 9-hole course, based on a survey of the links by Captain Urmston, a seven-handicap member.

Hunter remained at Deal for 43 years.